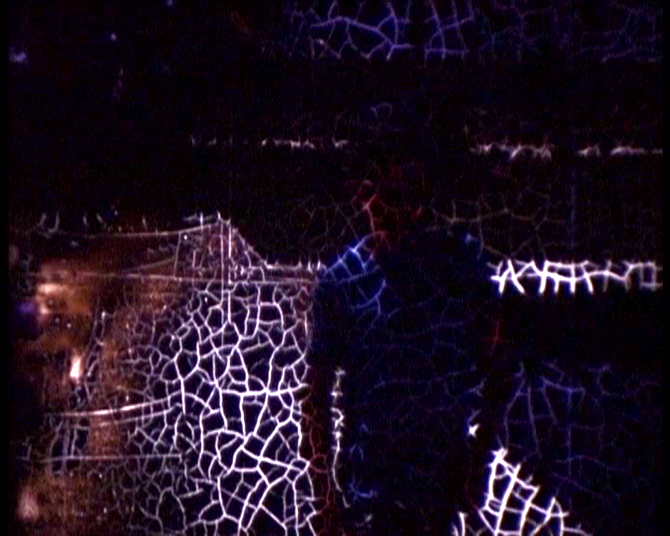 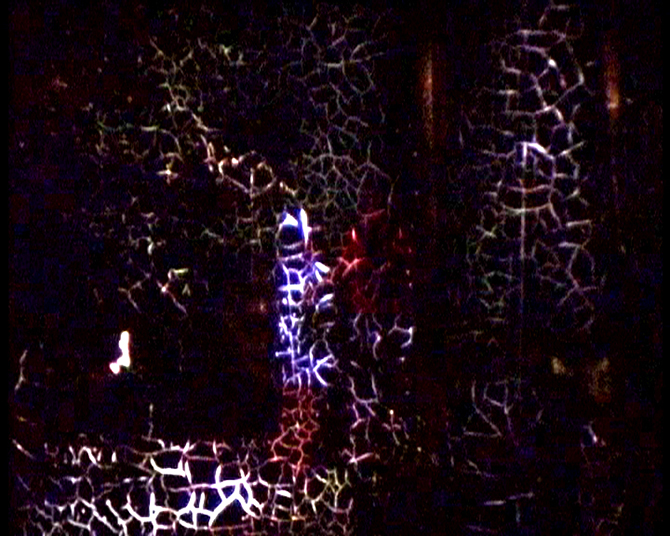 In 2003, I found a super8 film reel in a second-hand shop in Lisbon. The context of the making of the film is not clear to me. It seems to be an upper-class circle in a Portuguese colony in Africa. I assume that, from the fact that these people had the means to produce those images, the way men and women loosely behave in the swimming pool in contrast to the conservative and uptight relation between genders in the ‘Metrópole’ (the European part of the country); from the black servant dressed in a white tight uniform that briefly comes into the frame serving drinks to the guests, from the way the sunlight lays on the walls of the modernist house where the ‘scene’ takes place. I painted over those images and covered them forever. The layer of paint doesn’t conserve the nostalgic tone of the original film, it mummifies the figures walking in the garden and swimming in the pool. It catalyzes their ghostly character. By applying paint over the images trying to destroy them, I was rendering visible the ghosts trapped in the film. A friend of mine once told me that for him this work is an image of “pure aftermath”.